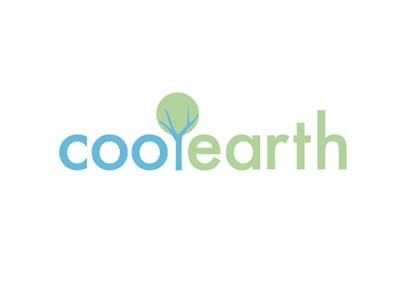 'Carbon offsetting? I wouldn't dream of it. It's just a joke. To pay money to plant trees, to think you're offsetting the carbon? You're probably making matters worse. You're far better off giving to the charity Cool Earth, which gives the money to the native peoples to not take down their forests.' (James Lovelock CH CBE FRS, The Guardian, 2008)

Frank is the co-founder of Cool Earth, the award-winning charity that works alongside indigenous villages to halt rainforest destruction.

The idea behind Cool Earth is that rainforests are worth much more left standing than cut down – both for the future of the planet and for local communities.

Protecting rainforests offers the single largest opportunity for cost-effective and immediate reductions in carbon emissions (as noted in the influential Stern Review on the economics of climate change).

The solution is simple: to partner with villages whose land would otherwise be sold to loggers and ranchers and to offer them an alternative to selling their trees.

Cool Earth was set up as a reaction to the fact that global institutions and the mainstream conservation movement had to date made little progress in halting deforestation. It signaled a new and innovative ‘bottom-up’ approach. Cool Earth enables every individual, family, school and business in the UK and around the world to have an immediate impact by protecting areas of rainforest that would otherwise be destroyed.

Cool Earth in a nutshell

Cool Earth works where the threat is greatest, with projects on the frontline of deforestation. This means rainforest which would be destroyed over the next 18 months without our intervention.

We only work with villages that approach us. They decide how funds are spent and they drive the partnership.

Our projects grow village by village to form a shield – protecting millions of acres of neighbouring forest.

Rainforest is safe when local people earn more from keeping the forest standing than they would otherwise earn from clearing it. We build livelihoods to do just that.

Less than 10% of our expenditure is on administration, and for 2016 all our overheads are covered by a grant from the Michael Uren Foundation, meaning that every penny of supporter’s donations go direct to rainforest partners.

Cool Earth helps local tribes secure strips of rainforest to function as a ‘firewall’, preventing loggers from accessing the rainforest hinterland beyond it.

The United Nations and other experts acknowledge that local community management is the most effective way to tackle deforestation. What communities need are legal rights to their land and a helping hand in developing sustainable income streams.

Through community rangers and satellite imagery we monitor and protect the rainforest from any illegal activity around the clock. In our Asháninka partnership the canopy loss is less that half a percent, compared to 28% in the surrounding areas.

Cool Earth is supported by an eminent Board of Trustees, which includes luminaries from the worlds of business, ecology, politics and economics.

For more information about Cool Earth, including details about how you can get involved, please visit the Cool Earth website.

The project, in The Queen's name, will link Commonwealth countries through the preservation of all types of natural forest and indigenous vegetation for future generations. It will not include plantations or monoculture. Given that the majority of Commonwealth countries lie within the tropics it is hoped that tropical forests will be well-represented within the project.

The initiative is being led by Cool Earth and the Royal Commonwealth Society in partnership with the Commonwealth Forestry Association.

Currently, members of the Commonwealth are working individually to preserve forest and indigenous vegetation in their own countries, but there is no co-ordination across the Commonwealth. By linking projects in The Queen's name, there is an opportunity to:

The vision guiding the QCC is the establishment of a coherent and vibrant network of forest conservation initiatives that, individually and collectively, demonstrate the capacity of the Commonwealth to act together and to benefit from shared knowledge and experience. It is anticipated that participation in the QCC will bring credibility and integrity to individual initiatives and strengthen their sustainability and development, as well as raise the profile of the benefits of forest conservation.

A video explaining the QCC further can be found here.

'The idea for the charity was conceived in March 2007 when I came across a Times news report about the efforts of businessman Johan Eliasch. Johan is Chairman of the HEAD Group, the leading sports equipment manufacturer and formerly the Prime Minister’s Special Representative on Deforestation and Clean Energy. See: The Eliasch Review: Climate Change, Financing Global Forests.

Johan had just bought a Brazilian logging concession larger than the size of London. He stopped the logging that had been occurring there. When I read of Johan’s personal initiative, I realised that an umbrella organisation could adapt this model and tens of millions of ordinary people like me would jump at the opportunity of helping to protect forest to save the planet. So I emailed Johan to ask whether he would be interested in setting up a trust to protect the world’s rainforests. Within 20 seconds he had replied and we had fixed a planning meeting. Cool Earth was born from that initial meeting.

This is certainly not ‘green colonialism’ – Cool Earth itself never owns any land, and the local communities we work with are always in charge.' (Frank Field, May, 2011)

Why Protecting the World’s Rainforests Is Vital

The reality of climate change is no longer up for debate. It is real and it is happening now. Our changing climate is the most pressing challenge facing our world today.

Forest loss plays a major part in this, contributing to more than 21% of all CO2 emissions. Keeping rainforest standing is the simplest and cheapest way to mitigate climate change.

Despite this, we are destroying the world’s rainforest at a faster rate than ever.

According to the Stern Review, protecting rainforests offers the single largest opportunity for cost-effective and immediate reductions in carbon emissions.

Across the world, forests absorb about a quarter of all carbon emissions. This is an indispensable contribution to life as we know it.

Up to 20% of all carbon emissions are caused by deforestation – more than the global transport sector.

Rainforest only covers 6% of the world’s land surface, but contain 2/3 of all biodiversity. 99% of this is still to be studied.

This loss is not just a crisis for the planet but a tragedy for local people who depend upon the forest for everything.

People have lived in the forest for countless generations and depend upon it for everything – food, clothing, medicine, water, their entire identity.

But rainforest people are not just victims of deforestation. They are the only thing that will keep rainforest safe. Local people have been conclusively proven to be the forest’s most effective custodians.

This is why each of our projects starts with a rainforest village.

'Action to preserve the remaining areas of rainforest is needed urgently in the fight against climate change. Cool Earth is supporting local communities to protect their forest livelihoods and is providing powerful examples for action on a big scale.’ (Sir Nicholas Stern, Economist and author of the Stern Review)